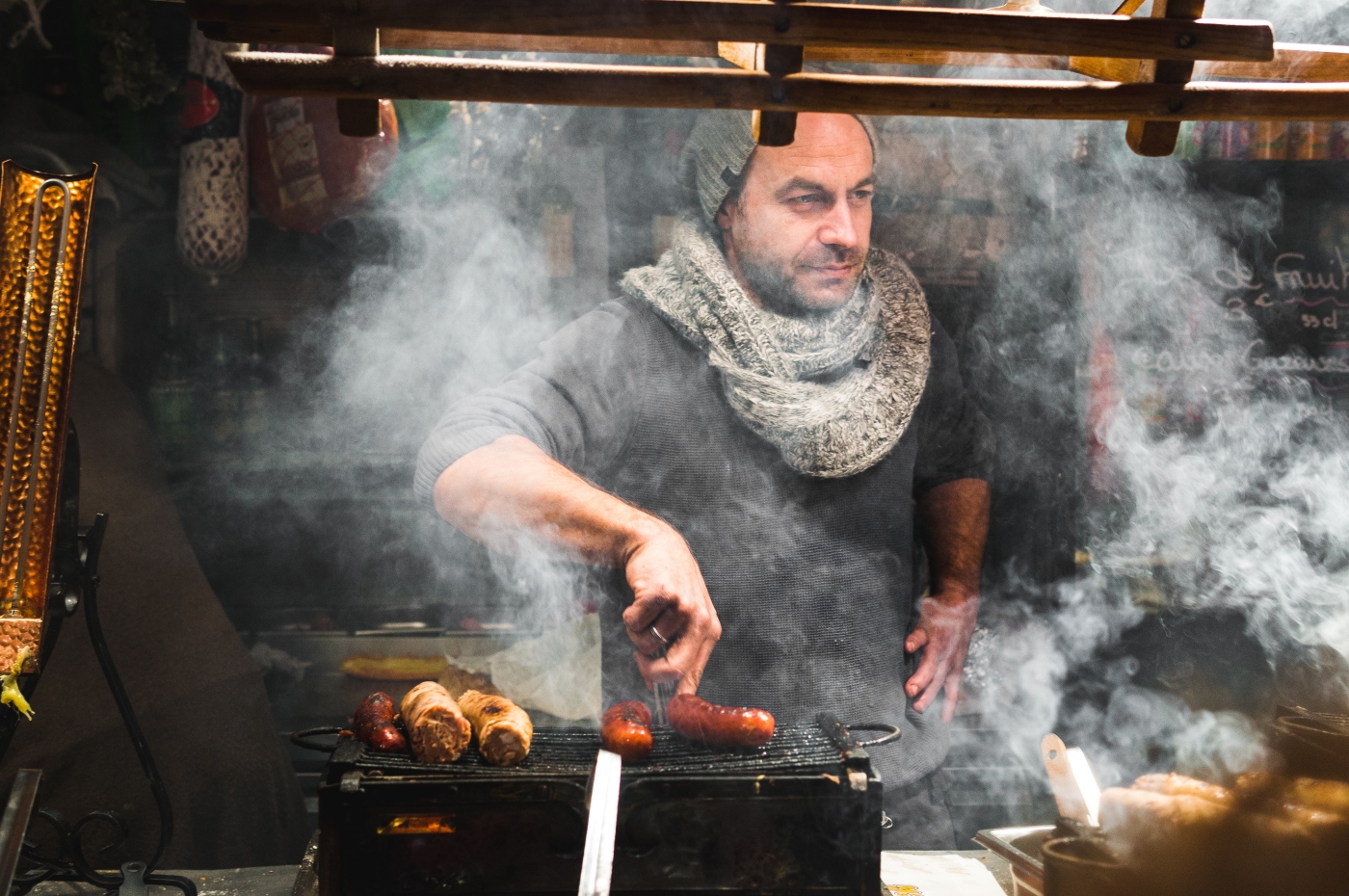 I love my brother for many reasons but let me share with you one of them. Michael’s a great cook and (as I’m bound by loyalty to my wife I’ll need say ‘excluding her’) he has made some of the tastiest things I’ve eaten. Home made pizzas (from scratch),  crumbed chicken fajitas, and even sausages ring a bell (but not the standard sausages, Mike only gets the good ones).

He would cook dinner most nights I lived with him. However on more than one occasion, in my failings, I hadn’t let him know in time that I wouldn’t be eating at home as I was working late or going out. I can still remember the expression on his face and as cheesy as it might sound to say, it made my heart hurt.

Ya see, he loves to cook. He enjoys it a lot. However an enormous part of the motivation that drives him is that he loves doing it for other people, and perhaps more importantly, people he loves. Cooking for himself has little to no value at all, in comparison. Such experiences are evidence to me of the selfless desires that exist in his core. They also evidence to me some universal principles behind psychology and motivation of good people.

Let me share another quick experience I had growing up. When my sisters started having children I became aware of how much the happiness of their kids mattered to them. So evidently so that when I was trying to think of nice things to do for them, it would often lead to doing nice things for their kids instead. In some ways it’s a bit of a cop-out because pleasing kids is always easier than pleasing adults, but simultaneously those same universal principles where becoming evident to me at those times as well.

It’s similar to the fact that we’re often willing to spend more money on gifts for other people than we’re willing to spend on ourselves. “Buy them something they want but wouldn’t buy for themselves” is a common saying amongst Christmas time. Have you ever thought about why people wouldn’t spend money on themselves that they would happily spend on others?

Another experience involved going to the movies with family. Going to the movies has always been a pretty big thing in our family, as we did it a lot. On one instance however, one sibling who was a poor uni student at the time, didn’t really have the spare cash to go, so another sibling paid for her. It didn’t seem like a big deal but our father noticed and later expressed how much it meant to him. I’m positive anybody who heard the brief remarks he made might have caught some of the value in them, but I’m just as positive that it didn’t pierce their hearts as much as it did mine.

These experiences are just some that I can recall amongst many, that have helped me to identify what I now refer to as ‘Edifying value‘. There are many reasons and principles at play which I intend to discuss in further detail in future, but to summarise some main points:

“I have no greater joy than to hear that my children walk in truth.” – John

All of these things can be utilised as tools to access the hearts of the people around us. It can be used to increase people’s motivation and drive, both to accomplish new, more edifying goals, as well as to better accomplish existing goals. Both for ourselves or for others.

Edification is about improving the person. Edifying Value therefore is measured by something’s ability to improve the people effected by it. Therefore that which would have the greatest edifying value to a particular person, is likely that which will improve the lives of the people that person loves, the most.

When increasing Edifying Value, we can both :

I will continue to explain in more detail, but for now I’ll leave you with an exemplary scale of edifying value. It’s much like “teach a man to fish” instead of “give a man fish”. If you want to increase the edifying value of a thing, find a way to bump it up the scale.

4 Edifying others so that they help others edify themselves

3 Edifying others so that they edify themselves

-3 Gratifying others so that they gratify themselves

-4 Gratifying others so that they help others gratify themselves

The further up the scale we can get our objectives/goals/desires etc. the more good that will be accomplished by them and the more motivated we will be to bring them to fruition.

“You can have everything in life you want, if you will just help other people get what they want.” – Zig Ziglar

Book a time to get started!